The Middle East crisis has been all over the major news outlets for months. You hear about the thousands of displaced residents, the prisoners killed by military corps and the psychological warfare, but rarely do you read about the many animals who have been negatively impacted by the civil unrest in Libya.

But that’s exactly what’s happening at the Tripoli Zoo. In late August, during an intense round of fighting in Tripoli, the animals were left to fend for themselves and weren’t given food or water for seven days, so says this article from Global Animal. 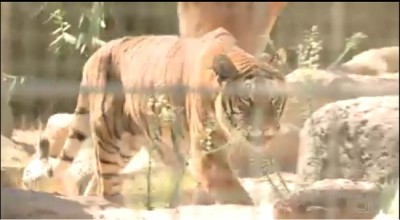 Last week, however, the zoo received funds from the International Fund for Animal Welfare to provide food and water to the animals. While there is enough fresh water for the animals to drink, there isn’t enough to clean the enclosures.

It is expected that the zoo will need close to $100,000 to function properly for the next six weeks. To help the IFAW send resources to the Tripoli Zoo, click here to donate.

2 responses to “A forgotten fight”