This past weekend flew by rather quickly, but the weather was perfect, which you can’t take for granted since we probably don’t have too many more of these warm, sunny days. Friday afternoon I worked from home after attending a meeting downtown, and I have to say watching a sleeping pup was definitely a perk.

Later that evening, we taste tested a new (to us) ice cream shop called The Purple Cow. On Saturday I woke up early for a work event, and Chick wasn’t too happy about it either. But we made up for it with a 2.5 hour nap later that afternoon before attending a benefit (in the form of a drag show) at The Call for One Tail at a Time. And of course, Chick donned her Notre Dame tee for the first time. I guess she doesn’t quite have her priorities straight yet. 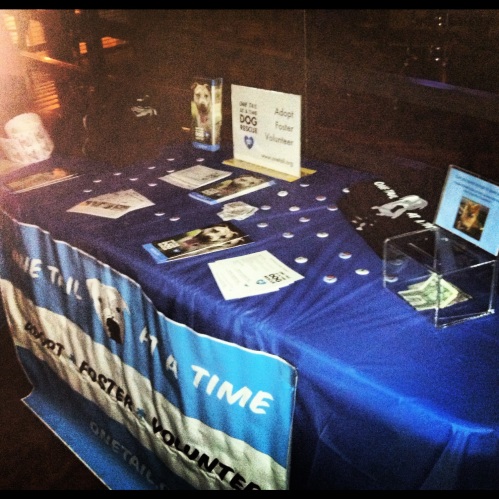 Filed under Chicago, Dogs, My Life

6 responses to “Weekend in photos”