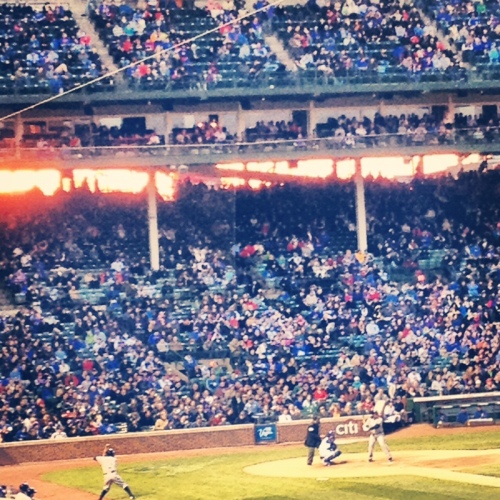 Josh and I went to Wrigley Field earlier this week to watch the Cubs play the Brewers. It was an evening game so the weather was chilly and we had to cave to purchase the $3.50 hot chocolate they were selling (I had to forsake my coveted nachos for this!). Even though I tend to think baseball games last far too long and the environment surrounding Wrigley Field can be a bit too “drunken debauchery” the history behind the stadium is hard to resist. Of course, the Brewers won, and I realized I do not know one single player on the Cubs team. Woops. 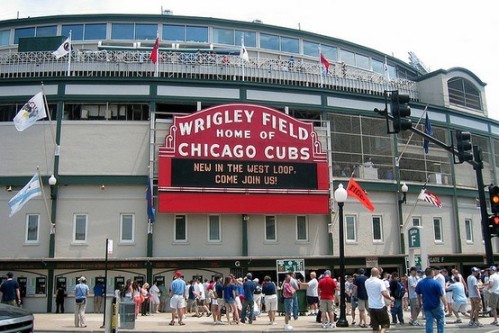 [bottom photos via here and here; top photo via Josh at the game]