Richochet was chained outside with no food or water, too thin and unable to even lift his head.

Over the weekend I dragged Josh along to Chicago Animal Care and Control. Believe me when I tell you that this is not a fun place to be. I had only been here once before and it was not a pleasant experience. The facility is badly underfunded and understaffed, hence the conditions of the dog cages are (way) less than ideal. 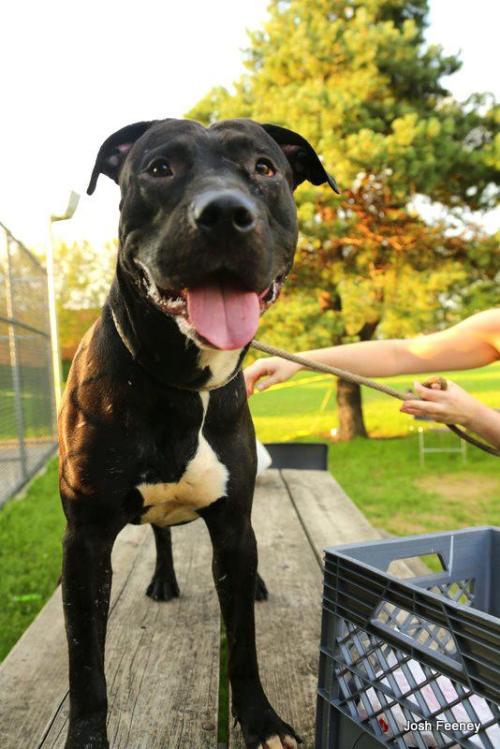 Mookie was shot in the feet while he was being used to guard drugs.

We were given a tour of the building and everywhere you turned there were animals being relinquished from their owners. Dogs upon dogs upon dogs were barking and crying; not just any old barking, but the desperate “Let me out of here” barking. And if you were so unlucky as to make eye contact with any of one of them, well, all hope was lost. There is absolutely nothing worse than a pup begging you to take them home with you. Especially after hearing that ACC takes in close to 22,000 animals a year and 50% are euthanized due to lack of space and funds.

Dee-Lish was brought to ACC in May of 2012 when she was found locked in a car, emaciated, with a pet squirrel.

After the tour, we were paired up with a more experienced volunteer and given a dog. We headed out back and while none of the dogs were good on leash, they were absolutely the sweetest and friendliest pups. They were simply ecstatic to just be outside. 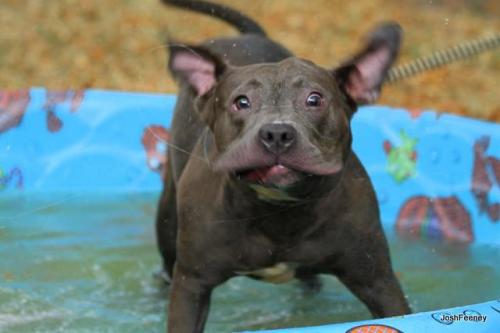 Blissful was once left outside in filth to guard drugs.

A bit more info:
So who are court case dogs?
Court Case Dogs have been relinquished (voluntarily or by court order) by defendant owners charged with animal abuse or neglect of all kinds and housed at Chicago Animal Care and Control.

What does the Court Case Dog Program do?
This program assesses each dog behaviorally and provides appropriate candidates with a protocol of socialization, training and enrichment. The ultimate goal is to find homes for these animals.

Why is a program needed for Court Case Dogs?
Previously, dogs associated with court cases were routinely euthanized when relinquished or after a guilty outcome in their owners’ court cases. They should be assessed individually. The dogs in this program are not “damaged goods,” but victims of thoughtless or inhumane owners and a court system that then leaves them impounded in cages for needlessly long periods. These dogs deserve to be given the chance of life in a home.

(All photos courtesy of Josh Feeney for Safe Humane Chicago)